Where We Began (Austen, Oregon #1) 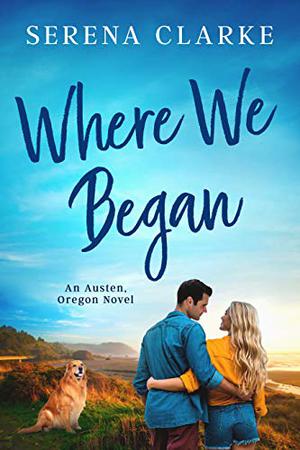 They were once-upon-a-time high school sweethearts, meant to be.
Until his dad skipped town with her mom.
End of story.

Ten years later Avery Robinson is back in tiny Austen, Oregon for her dad’s funeral, suddenly single and unemployed. The last thing she needs is for his beloved dog to develop an annoyingly heartfelt canine crush on Logan Wagner. Even if her former love does look particularly dashing playing Mr. Darcy in the local Jane Austen festival.

As sparks fly between them, the business empire Logan built from nothing suddenly feels hollow without Avery in his life. But trying to prove himself, he ends up juggling secrets that do more harm than good, and even Ace’s puppy love can’t help him regain Avery’s heart.

Pride, prejudice, and their inescapable past stand in the way of starting a new chapter together. But could a little Austen magic give them a second chance, in the place where they began?


"Take me to Austen, Oregon, immediately! Where We Began will make you believe in second and third chances, tug on your heartstrings, and make you giggle at the Jane Austen inspired antics of this adorable town's citizens. Don't miss your chance to snuggle into the pages of this sexy, small-town love story."
- Jami Albright, author of the Brides on the Run series

"Warm, witty, and full of heart. Serena Clarke's Austen is the perfect place to escape to."
- Jackie Ashenden, author of Come Home to Deep River

Next in the Austen, Oregon series: Say We Will, coming December 3!
more
Amazon Other stores
Bookmark  Rate:

'Where We Began' is tagged as:

Similar books to 'Where We Began'

Buy 'Where We Began' from the following stores: