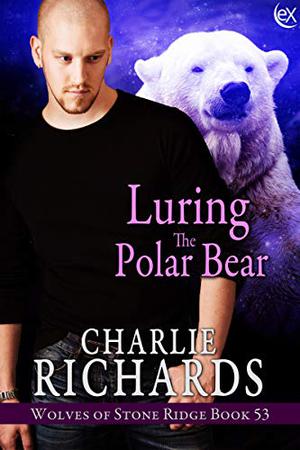 Out of the Cage: Meeting his mate in the most unlikely of places, a wolf must figure out how to win the loyalty of his polar bear.


Beta Dixon Holsteen is more than ready to leave behind Savannah, Georgia and the problems facing the Shifter Council. He misses the beauty of his mountain home and the bonds he’s forming in his pack. After returning to the council’s headquarters for one last meeting, Dixon stops at the cafeteria to get a bite to eat before heading to the airport. To his surprise, he scents his mate in a big polar bear shifter bussing tables. He learns Helsinki Akna had been picked up while in the company of a rogue ex-councilman. Speaking with the big, shy man, Dixon realizes quickly that it wouldn’t take much for someone to manipulate the soft-spoken bear. His mate is a bit…dim. Still, Dixon knows that finding a fated mate is a gift, and he wants him. When Dixon makes his intentions known, Helsinki is confused, being under the belief that Fate doesn’t create same-sex matings. Some of those who Helsinki associates with reinforce that opinion. Can Dixon convince Helsinki they truly are meant for each other while extricating him from the unhealthy influences he’s been under for years?
more
Amazon Other stores
Bookmark  Rate:

'Luring the Polar Bear' is tagged as:

Buy 'Luring the Polar Bear' from the following stores: