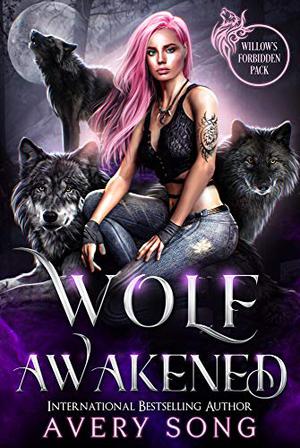 How do you thrive when you're an unwanted, worthless, human female?
Simple: alter your reality by switching sides.

During the day, I'm William De Luca , the only 'son' of Roberto De Luca, the king of the NYC mafia and Alpha of the deadliest wolf pack — one this city doesn't mess with. At night, I'm Willow De Luca , cage fighter champion with a slight temper problem.

Regardless of which role I’m playing, I’m plagued by the inability to shift, a condition that has Papa Dearest deeming me a ‘mistake.’ All the same, it’s worth enduring my double life if it means staying out of my father's business and ignoring the growing legacy that's waiting for me to claim.

Unfortunately, no matter how rich and powerful you are, the universe isn't going to grant you everything you want. In Father's case, it was having a son. In mine? Finding a mate. Without an inner wolf of my own, meeting a wolf shifter who’s connected to me is essentially impossible. It’s a forbidden dream I'd all but given up on.

Then my carefully balanced life is disrupted by the arrival of a new pack that intends to make me the target of a power play to take the De Luca territory. However, one glimpse of Dimitris, Neo, Saint, and Jayce is all it takes — I want to make them mine.

I’m willing to bet everything on a dangerous gamble, because maybe being a wealthy boy by day and lethal girl at night is the double-play I need to earn the grand prize.

Fans of Wolf Tamer and Reflections of You are going to fall in love with this new, gender bender, enemies to lovers romance with thrilling action, suspense, and heated romance.

'WOLF AWAKENED: A Shifter Romance' is tagged as:

All books by Avery Song  ❯

Buy 'WOLF AWAKENED: A Shifter Romance' from the following stores: