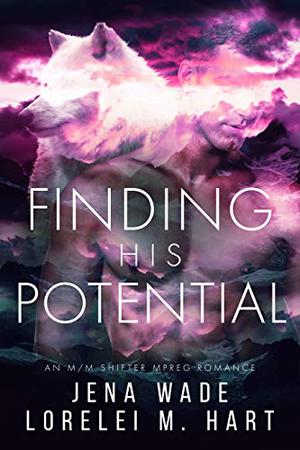 An introvert and an extrovert walk into a bar...no...really.

Omega Ozzy lives in the shadow of his brother Dylan, the Alpha of the Northbay Pack. He likes it there. He can hide away, letting his brother get all the attention while he goes about the day making his gorgeous furniture. What more could he want in life? Only the things he dare not dream about: a fated mate, true love, a family. The little things.

Alpha Kade is living his best life, or so he thinks. He’s taken on a role he loves in the pack, has a sometimes bedmate, and a pack he adores. He’s a jokester, who keeps things light and fun. What more could he want in life? Only the things he dare not dream about: a fated mate, true love, a family. The little things.

When Dylan decides his brother needs to be more social, he sends him to the Greycoast Pack knowing that there he will be just an omega and not the alpha’s brother. Ozzy reluctantly goes, immediately welcomed by all...including the smoldering alpha Kade. If only someone like Kade could be interested in someone like him who prefers a night snuggled up with a book to a night on the town or a pack run. Spoiler Alert: Kade is his fated mate and more than likes him.

Things are turning out amazingly well for Ozzy and Kade, when Kade’s ex tries to befriend Ozzy. There’s something Ozzy doesn’t quite trust about him—something that has his wolf on edge.
more
Amazon Other stores
Bookmark  Rate:

'Finding His Potential: A Shifter Mpreg Romance' is tagged as:

Similar books to 'Finding His Potential: A Shifter Mpreg Romance'

Buy 'Finding His Potential: A Shifter Mpreg Romance' from the following stores: