Phantom Hill Ranch (Back in Time #10) 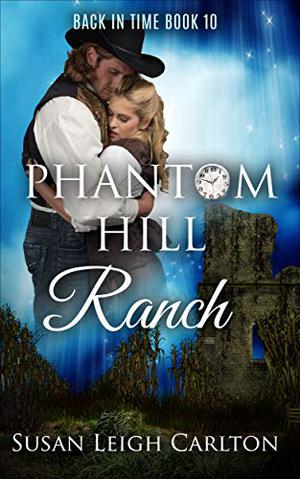 A bird strike turns Hannah’s plane into a screaming, out of control metal tube. She blacks out and awakens, alone and lost in a dense forest. Two hunters find her and return her to civilization, but it’s no longer 2020. There are no more planes, lattes, or designer clothes; she has been thrown one hundred-forty years into the past.

Ethan, a devilishly handsome mountain man and prospector, regains consciousness in a hospital. He is told by a stranger named Hannah that he had been shot several days earlier, and she had been watching over him.
“Why…are you here?” is his first growly question. His second is inside his head—he doesn't understand. It is the first time anyone has bothered about him in years.

Can a mountain man and a girl from the future overcome their differences and find romance in 1880s Montana?
more
Amazon Other stores
Bookmark  Rate:

'Phantom Hill Ranch' is tagged as:

The 'Back in Time' series

Blameless
Blameless
(The Pinckneys of Charleston #9)