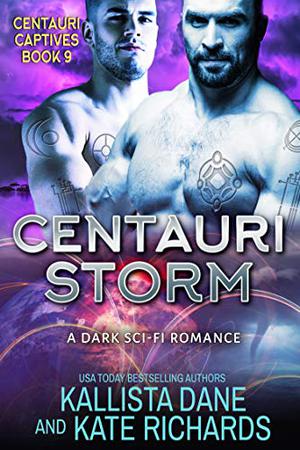 The dark clouds gather
Our mates will be furious. They’ll punish us severely. If, gods willing, we survive. But we have no choice.
Jess, Trina, Carla, Xia and me. I’m Skye. We’re all going back to Earth.
We can no longer stand by while Ravensworth, Earth’s corrupt ruler, treats humans like chattel. Imprisoning dissidents. Selling them into slavery. Giving women of our world away to aliens as though he owns them, body and soul. The way he did with us.
We know our mates will object. They’d never willingly let us put our lives at risk. They live by the Arythian warrior’s code. A code of honor, of valor, where the fate of the many matters more than the fate of one.
The winds of change howl.
Our mates have no idea what they’re going to face.
But we know.
Battle-weary warriors, we’ve seen the carnage aliens wreak upon other species. And in all the galaxy, humans are the worst.
For they wage war on each other.
Not all humans are cruel. Our Terran mates are kind and loving. But to our surprise, we’ve discovered they have the souls of warriors. They have earned our respect and we will not stand in their way.
It is written in the ancient scrolls:
The warrior does not go into battle because he hates the enemy. He fights because he loves those he is fighting for.
So we will go and fight by the side of our warrior mates. Fight to protect the ones we love.
We will unleash the storm. Together.

Centauri Captives is a bestselling sci-fi romance series from USA Today Bestselling Authors Kallista Dane and Kate Richards featuring masterful alien heroes and the captive Earth women they take as mates in a desperate attempt to save their race from oblivion.

Each book is a stand-alone, introducing a strong smart heroine and a super-hot alien hero in a battle of the sexes as old as the Universe. There's no cheating, no cliffhangers, and you're guaranteed a HEA.

'Centauri Storm: A Dark Sci Fi Romance' is tagged as:

All books by Kallista Dane  ❯