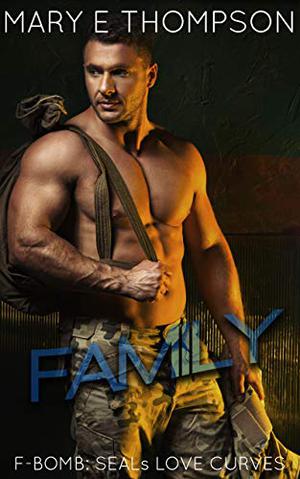 The last words Adrian ‘Rocky’ Malone expected to hear when he went to donate a kidney to a stranger were “he’s your son.” A first-names-only weekend fling years ago left Rocky with a lifetime of memories. He wondered what happened to the woman he only knew as Nikki. He didn’t think he’d see her again, or he sure as hell never thought she’d be the mother of his son.

Nicole Parker would do anything for her child. As a single mom, her son always coame first. She never thought twice about giving up dates or jobs or friends to take care of him. When all hope was lost, she dove deep into a dark world she never knew existed and made a deal with a man she was sure would just as soon kill her as help her.

Rocky showing up was the answer to Nikki’s prayers, until he said he wanted to know his son. Too many people let Nikki down for her to trust again, but her son is the most loving person she’s ever known and welcomes the tough, strong, sexy former SEAL into their lives with wide open arms.

The happy reunion doesn’t last long. Threatening phone calls and late night visitors make it clear the man Nikki went to for help is ready for his payment, and he is more than willing to take his fee from her. By any means necessary.
more
Amazon Other stores
Bookmark  Rate:

'Family' is tagged as:

Buy 'Family' from the following stores: