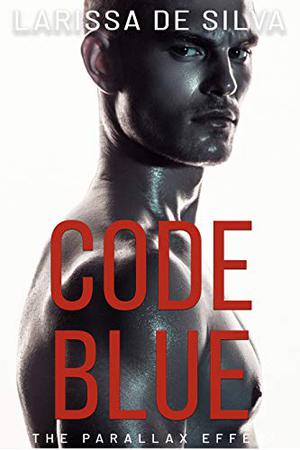 She'll fight with everything in her to get back to between, and a happiness that could be real......

if only she can convince Dr. Cross that she hasn't lost her mind.

A year ago, a tragic accident almost ended Marie's athletic career--and her life. Yet a flatline in one world jumpstarted her mind into another; a new reality where Marie became someone she didn't recognize, had never thought she could be. A wife. A mother. A career woman, instead of a renowned athlete. She had love. A family. A house on a half acre of land with a hyperactive dog and a finicky cat. An entire lifetime that saw her through triumph and tragedy, growth and loss, love and heartbreak, until the very end as a feeble old woman with a lifetime of memories and satisfaction.

Only to die again.

And wake up in a hospital bed, once more twenty-two years old, tubes bristling from her mouth and arms, head and heart full with memories of people who may have never existed.

But she wants them back.

She wants the love she felt. The joy. The fulfillment.

And she'll do anything to find it.

Even if it means fight Landon Cross every step of the way.

Landon isn't sure what to make of the unorthodox young woman he's recently admitted to the recovery program at the Silver Garden Clinic. Her trauma symptoms are undeniable. Her faith in her other reality, unshakeable. But Marie's stories are as compelling as Marie herself, and Landon catches himself in a dangerous folie a deux where her delusions sweep him up until he begins to believe them. Until he wants to help her get back to a place that doesn't exist. Until he's desperate to help her.

Desperate to save her.

Desperate to change every idea of what he knows is real.

And more than anything...Desperate to make her his.
more
Amazon Other stores
Bookmark  Rate:

'Code Blue' is tagged as: