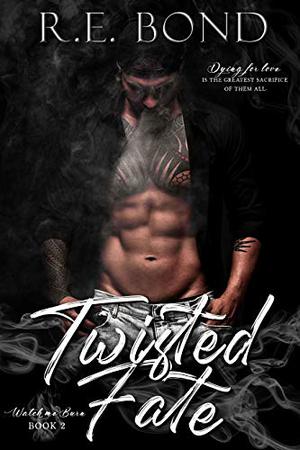 Even though people fear me, it doesn’t stop any of their torment.
I’d always just existed and walked alone, until now.
Now? Now I belong.

Just because I’d learned to kill, doesn’t mean the Bloody Psychos trust me.
Skeeter’s got his work cut out, trying to keep his boss from killing me.
Well, the asshole can try.

My trigger finger’s getting itchy, and I have a problem controlling it.
Especially when the Devil’s Armada Crew roll into town.
Shit’s about to get crazy.

The Devil’s leader has history with the Psychos, and I’m pretty sure bullets are about to fly.
Couldn’t be worse, right? Wrong.
The Devils aren’t the only ones who heard about my sudden taste for blood.

Just when I thought I had everything under control, life throws more at me.
Sides are taken and lives are at risk, making me wonder if I’ll get out alive after all.
Everything’s about to come undone.

Murder’s not so much fun when it’s one of your own that die.
No one hurts my family and gets away with it.
They should have known that red’s my favourite colour.

*Twisted Fate is a 73k word dark romance reverse harem novel. This is the second book in the series and it must be read in order. The first four books are Rory's, and the harem grows over those books, so other guys will be added as the story goes. the series contains dark content such as abuse and rape. It also has m/m scenes throughout. If you are triggered by sensitive content or cursing, this series is not for you.
more
Amazon Other stores
Bookmark  Rate:

'Twisted Fate' is tagged as:

The 'Watch Me Burn' series