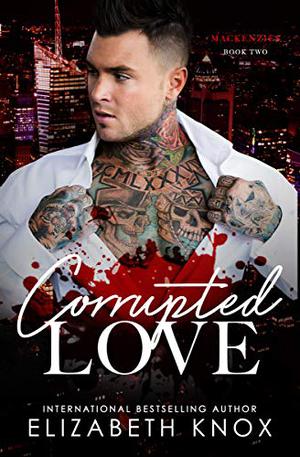 My sister and I have been hidden gems, an ocean away from our father and half-brother since we were a few days old. I've never even met either Mackenzie men, but as sad as it is, it's our life. Sloane and I learned to accept it even though it wasn't the easiest growing up.

The two of us have stood side-by-side our entire lives. Now that our careers are starting to take off and we're hitting our mid-twenties . . . I can't live the way I have been for the last twenty-five years.

I need a change.

I need to be a real Mackenzie, not just a woman with the same last name.

While Sloane might not understand, I won't let anything stand in my way - even if she is my twin sister.

I've never been fond of the way my father has done his business, but I've had to stand by and watch because of my position. You see, he's the leader of the Russian Bratva and soon it will be mine.

On one condition: only if his longest standing enemy is hurt in the most tremendous of ways.

My father wants me to kill Greer Mackenzie.

It may not seem like a difficult task, but my father has never been the type to make things easy. First, he wants me to fall in love with the girl. All because I chose my step-mother over him.

If I don't do as he asks, he'll give the throne to someone just as corrupt as he. I swore I'd never let it happen and I refuse to throw in the towel now. I'll do whatever it takes to end his reign, even if it means killing an innocent woman.
more
Amazon Other stores
Bookmark  Rate:

'Corrupted Love: A Dark Mafia Romance' is tagged as:

The 'The Mackenzies' series

Rely on Me
Rely on Me
(Royal. Bastards MC: Baltimore, MD #2)

All books by Elizabeth Knox  ❯