Sunshine Over Snow (The Senator's Family #5) 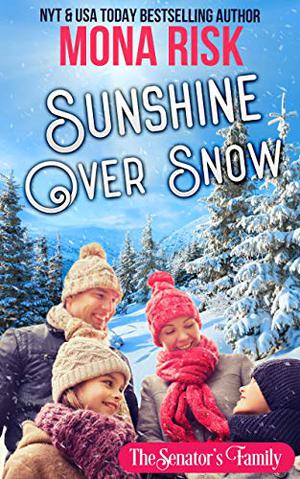 When his children manage to ruin his second wedding, Brad is caught between a furious fiancée and the ex-wife he betrayed, both determined to keep him and make him pay for his mistakes.

Caught in a snowstorm while driving her kids to their father’s second wedding, Michele is forced to call her ex-husband Brad – the man who betrayed her – to rescue them.
Leaving his furious fiancée alone at their rehearsal dinner, Brad takes his children and their mother to a hospital to treat Michele for hypothermia. Determined to get their parents back together, the children plot a series of mishaps and manage to keep their father at their mother’s side. With the wedding postponed and the exasperated bride leaving town to pursue her career, Brad realizes his kids have saved him from a huge mistake.
Will Michele forgive him or make him pay for his betrayal?

'Sunshine Over Snow' is tagged as:

The 'The Senator's Family' series

Similar books to 'Sunshine Over Snow'

Buy 'Sunshine Over Snow' from the following stores: