Tainted: A Mobbed Up Story 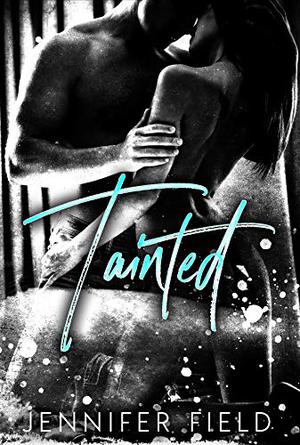 Can the crown prince of crime and the princess of privilege find happiness?
Or will it be tainted by the sins of the past?

Dmitry Ivanenco
I’m second in command running my family’s business. The Ivanenco family is one of the East Coast’s most ruthless crime families and is taking Boston by force.
Three years ago, I was laid up in the hospital, shot four times going into our new Boston waterfront casino.
It was supposed to be neutral territory.
It was supposed to be the Ivanenco and Leahy families' first joint venture, a combination of forces.
So if the Leahy family didn’t put the hit on me, who did?
That’s when a fresh-faced woman burst into my room. I was happy to see anyone who wasn’t a doctor, nurse, or a gunman sent to finish the job.
Her company was brief, but the memory of her has never faded.
I never expected her to walk into my nightclub three years later.

Aisling Leahy
As the Daughter of Patrick and Maura Leahy, I grew up wanting for nothing, except the freedom to be my own person.
I never thought I’d see the man whose hospital room I ran into three years ago. But when he smiles at me from across a crowded club, I can’t help but go to him.
I didn’t want to fall for Dmitry Ivanenco, but how could I not. He’s kind, sweet, and romantic. Everything a woman would want in a man.
Then I found that there was more to Dmitry Ivanenco and my Family than anyone had told me. At least that’s what my kidnappers said just before they dragged me into the night.
I only hope whatever they’ve done, isn’t worth my life.
Now I need a miracle. I need the man I’ve fallen for and my family to work together before it’s too late.

'Tainted: A Mobbed Up Story' is tagged as:

Similar books to 'Tainted: A Mobbed Up Story'

More books like 'Tainted: A Mobbed Up Story'   ❯

Buy 'Tainted: A Mobbed Up Story' from the following stores: