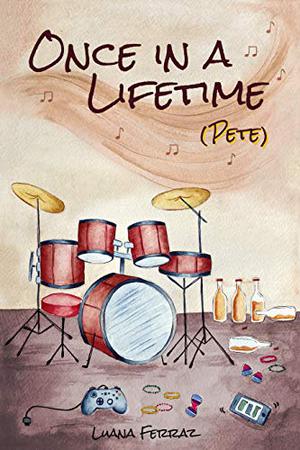 Becky and Pete have been friends all their lives, almost as long as they’ve been a pop-punk duo. They moved from their small Northern hometown to London in hopes to ‘make it’—yet almost a decade on, they’ve got little to show for their efforts. Pursuing their dream has taken its toll on both of them, and they’re desperately in need of a break.
Enter The Hacks—an American bubblegum-pop trio that has been around for nearly fifteen years. Brothers Todd, Tyler, and Tristan were barely out of the diapers when their first album became a worldwide sensation. Their chart-topping success is long gone, but they’ve managed to stay relevant and keep a loyal fanbase.
In an unexpected turn of events, Becky and Pete are hired to be the opening act in The Hacks’ UK tour. Even though they don’t fit in the same genre and the out-of-the-blue proposition raises a few suspicions, the duo sees it as an opportunity. Maybe they’ll get the visibility and the contacts they need to get a record deal. Maybe this is the chance they’ve been waiting for.

But expectations might not meet the reality of the music business, especially when the lines between personal and professional life start to blur. Ghosts from the past, surprises in the present, and dreams for the future will align to shift their perspectives irreversibly. Are Becky and Pete up for the challenge?
more
Amazon Other stores
Bookmark  Rate:

'Once in a Lifetime:' is tagged as:

Similar books to 'Once in a Lifetime:'

Buy 'Once in a Lifetime:' from the following stores: