The Restart and the Remedy (Aces High MC - Dakotas #3) 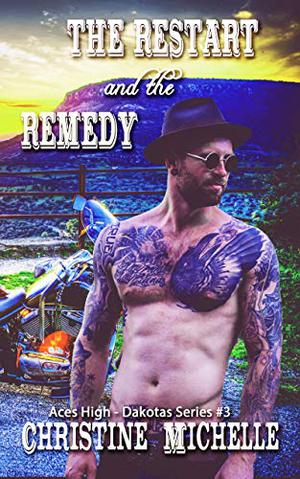 Myra
I was born lucky.
I was born into a family of bikers that were closer than most normal families. My parents’ best friends had a boy two years before I was born. He became my best friend, my lover, and what I thought was my soul mate.
Then I found out I wasn’t lucky.
My entire family had been in on his lies.
They backed him.
They broke me.

Once I escaped that life, I found myself in the center of a different kind of motorcycle club. This one appeared to actually function as a family, but I knew all about how appearances could be deceiving so when a beautiful man with a slightly battered soul offered a hand out to me, I wasn’t sure where accepting it would take me.

Rabbit
I stumbled into her life, half naked on the outside and half dead on the inside.
I made her regret being nice to me.
Then, I realized she wasn’t like the woman who had left me broken, and I vowed to make everything up to her. Then, I set out to convince her that I was just what she needed.
more
Amazon Other stores
Bookmark  Rate:

'The Restart and the Remedy' is tagged as:

Similar books to 'The Restart and the Remedy'

More books like 'The Restart and the Remedy'   ❯

All books by Christine Michelle  ❯

Buy 'The Restart and the Remedy' from the following stores: