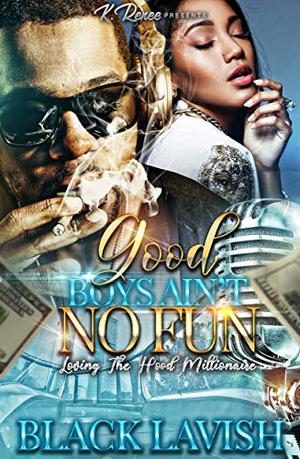 Ocean Winters, a pretty rap girl from the west side of Chicago knew nothing more than the struggle coming up. Always being told she was too pretty to live broke; Ocean took it to heart and felt she deserved the best.
Having a body like no other, she attracted plenty of men around the city, but only had eyes for one, Dwayne who was her longtime boyfriend. Dwayne was a trapper turned legit, who was now slanging shoes at the local mall to try and cover the bills. They were in love but also broke, which left them no reason to smile and Ocean feeling as if something were missing.
With her rap career not taking off as she'd hoped, she started doing desperate things to get cash and was now going behind Dwayne's back to make money in the grimmest ways.

Suddenly when tragedy strikes, Nazi of Millionaire Mafia is unexpectedly put into their lives coming through on a debt he felt he owed. With his chains, money, and big ego around, Ocean finds a interest in Nazi's millionaire lifestyle and quickly finds out it was just as dangerous as it was addicting.
Follow as Ocean's undecided heart causes a ripple effect of drama, and secrets to be revealed that were supposed to be left untold. Will the Good boy end up being enough off love alone, or with the bad boy take off with a heart he never knew he wanted? Dive in headfirst into the world and heart of Ocean “Milli O” Winters, but prepare yourself. Stuffs about to get messy and real quick with the drama that comes with this crew.
Bad boys ain’t no good, but good boys ain’t no fun.

'Good Boys Ain't No Fun- Loving A Hood Millionaire' is tagged as: