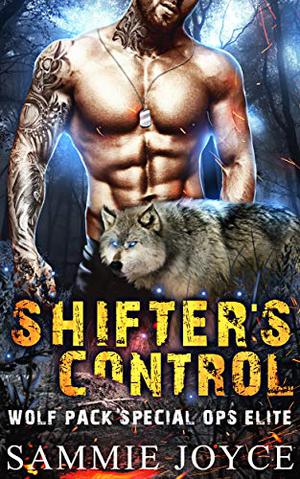 A wolf born shifter always close to his animal. A single mother struggling to juggle everything to raise her daughter the best way she can. A secret wish for a prince charming to sweep her off her feet and fix all her troubles.

When Zeus overhears Lori’s plight at the ice cream shop, he pays her bill without her knowing it had been him. When they meet unexpectedly, his wolf had been acting up and as soon as he was in her company, he felt calmed. Sparks flew between them in spite of the fact that her daughter was with them.

They meet for coffee and Zeus decides he has to be honest about who he is. As soon as Lori finds out this handsome Samaritan is a werewolf, she backs away. She can’t be with a werewolf, she has a child that she needs to protect and things are bad enough already.

Being rebuffed sets Zeus off into a tailspin. The team is between missions and he has far too much time on his hands. Before he realizes what he’s doing, he goes to the one place he feels calm… Lori and Kenzie’s home. He needs to be in their presence.

He looks terrible and Lori lets him in. She worries it’s the wrong thing, but she can’t turn him away. He relaxes immediately in her presence. They admit there’s something between them, but it still can’t happen. They’re too different.

Zeus knows he’s not going to keep it together and he tries to shield the woman he loves from the ugliness of his wolf but he can’t. He longs for a relationship with Lori and with Kenzie, too.

After several starts and stops, through separations when Zeus was on a mission, there seems to be no chance. But can the love of a child be the bond to make these two adults figure out how to come together to be the family that Kenzie needs?
more
Amazon Other stores
Bookmark  Rate:

'Shifter's Control' is tagged as: