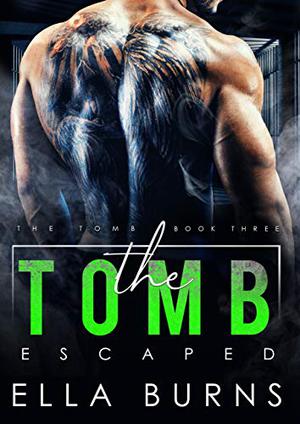 Outside the walls of the Tomb, the memories of what there is to fear in the world come back quickly. Instead of prison politics, we now have the real world to contend with.

Ax doesn’t take my worries seriously, too caught up in his freedom to recognize the danger we are in while being on the run. When one of our own is taken captive again, the threads holding us together continue to unravel.

Loving him was never something I intended, but can our love survive outside the Tomb walls?

It’s easy to forget outside prison walls the world moves on without us. I have my freedom but being on the run is not the life I want to provide for Ana. Pulling her out of that pit so broken and in pain broke my heart, and even away from the Tomb, she is ill and acting strange.

She’s my woman, my Goddess, my Queen, and I would do anything for her. But is that enough? Will she still love me now that she has her freedom, or was our story only ever meant to stay within the walls of The Tomb?

A dark and dystopian romance, The Tomb: Escaped is book 3 in The Tomb series

'The Tomb: Escaped (A Dark Dystopian Prison Romance)' is tagged as:

Buy 'The Tomb: Escaped (A Dark Dystopian Prison Romance)' from the following stores: