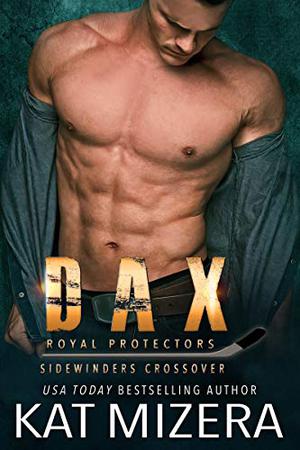 This time he’s playing for keeps...

Rugged hockey star Dax O’Day has always had a thing for his best friend and teammate’s twin sister, but that’s a line you don’t cross. Not in hockey, and definitely not in life. He just can’t stop thinking about her, and when she turns to him for help, there isn’t a chance in hell he can refuse her—even if it means getting his hands dirty.

Beautiful and brilliant, Isla Campbell is a physics professor who comes from a titled Scottish family. She’s loved Dax since the first time they met, but he’s never really seen her like that. With her grandfather trying to marry her off, who better to come to her rescue than the most uninterested, eligible bachelor?

Dax is torn between walking away from the only life he’s ever known to answer the call of duty and keeping his distance from the woman he can’t live without. The longer they put off the inevitable, the harder it becomes to choose.
more
Amazon Other stores
Bookmark  Rate:

All books by Kat Mizera  ❯