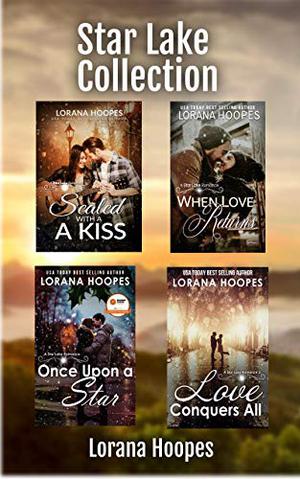 Journey into the small town of Star Lake, Texas with three novels.

When Love Returns -Can a daughter's love rekindle an old flame?

Presley Hays and Brandon Scott were best friends in High School until Morgan entered their town and stole Brandon's heart. Devastated, Presley took a scholarship to Le Cordon Bleu, but five years later, she is back in Star Lake after a tough breakup.

Brandon thought he'd never return to Star Lake after Morgan left him and his daughter Joy, but when his father needs help, he returns home and finds more than he bargained for.

Can Presley and Brandon forget past hurts or will their stubborn natures keep them apart forever? This sweet romance can be read stand alone or as part of the series, so click above and start the journey today.

Once Upon a Star - Can a single mom find love with an old friend?

Audrey left Star Lake to pursue acting, but after an unplanned pregnancy, her jobs and her money dwindled. With no other options, she must return home and start over. Will she find a new flame there?

Blake was the quintessential nerd in high school and was never able to tell Audrey how he felt. Now that he's gained confidence and some muscle, will he finally be able to reveal his feelings?

Love Conquers All - Will his secret past destroy their future?

Lanie Perkins Hall never imagined being divorced at thirty. Nor did she imagine falling for an old friend, but when she runs into Azarius Jacobson, she can't deny the attraction. As they begin to spend more time together, Lanie struggles with the fact Azarius keeps his past a secret. What is he hiding? And will she ever be able to get him to open up?

Azarius Jacobson has loved Lanie Perkins Hall from the moment he saw her, but issues from his past have left him guarded. Now that he has another chance with her, will he find the courage to share his life with her? Or will his emotional walls create a barrier that will leave him alone once more?
more
Amazon Other stores
Bookmark  Rate:

All books by Lorana Hoopes  ❯