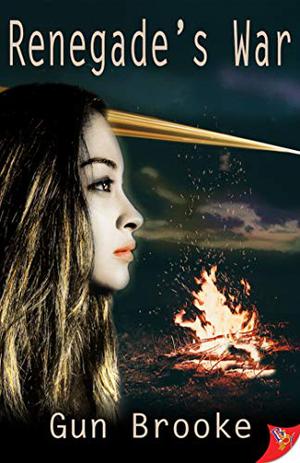 Aurelia DeC allum runs the Tallawens, a motley crew of selfless freedom fighters who help dissidents escape the oppressive Slawes government. Abducted at the age of four and held captive until she turned eighteen, she dreams of finding her home in the neighboring nation, Sandslot.
Aurelia and her fighters find an unconscious woman, beaten badly, who remembers her name is Blue, but little beyond fragmented memories that reveal nothing of her identity or what happened to her.
Despite Aurelia’s initial apprehension, she is drawn to Blue, but just as their fragile trust grows into more, Blue’s true identity comes to light. Their love, their future, and their lives hang in the balance as Blue is forced to prove where her allegiance really lies, pitting love against loyalty in the final battle.
more
Amazon Other stores
Bookmark  Rate:

'Renegade's War' is tagged as:

All books by Gun Brooke  ❯