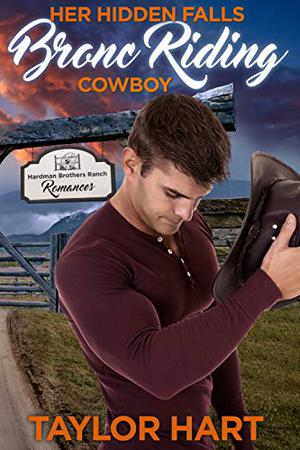 A small town cowboy. A Billionaire. And the woman who has to choose between them.

Beau Hardman, bronc rider and proud owner of the Hardman Ranch, doesn’t need a woman to make his life complete. Sure, it’s nice for his brothers to settle down and find love but he’s always been the lone cowboy and been just fine with it. Too bad his brother’s best friend is putting the moves on his best friend. Pfft. Beau could care less about the rich billionaire and all of the flowers he’s buying Star. Did you hear that? He doesn’t care a bit.

Star Haven has always been content in Hidden Falls. Content, running the family Inn she was instrumental in restoring. Content, dating here and there and enjoying her small town. Until Richard Chavez shows up and invites her to a ball at his estate. A ball he plans to send a helicopter to pick her up for.

When Beau discovers Star's thinking of leaving Hidden Falls--for good, he has to come clean about his feelings….or is it too late?

Will Beau and Star be able to dig through complicated pain of the past and make a happily ever after together? Or will Beau be left in the dust by the rich billionaire and his helicopter?

Also available in this series:

A Return to Snow Valley: The Christmas Boyfriend

A Return to Snow Valley: The Christmas Girlfriend

A Player for Christmas

'Her Hidden Falls Bronc Riding Cowboy: A Sweet Brother's Romance' is tagged as:

All books by Taylor Hart  ❯