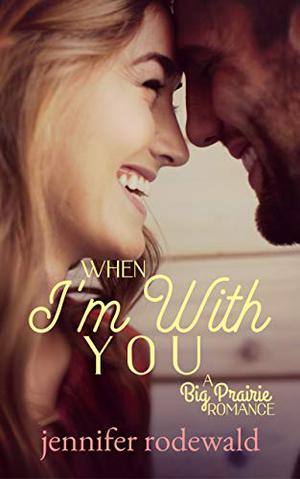 He wants what he deserves, and this time he won’t walk away without it.
Meeting Daisy Hopewell shouldn’t change a thing.

Lane Carson is sick of living like a wandering homeless man. When he receives a text message from a woman claiming to be his brother’s fiancée, nothing short of meeting her will convince him his reclusive older brother has worked up the courage to talk to a woman, let alone propose. And since he’s returning to Big Prairie, he’s determined to claim the inheritance that should have been his. As long as no one expects him to live up to his brother’s impossible standards.

Daisy Hopewell has found refuge in Big Prairie working as a hired hand at the Carson Ranch—an opportunity to prove that her worth goes much deeper than being a rich man’s daughter. Her haven is shaken, however, when the boss’s brother shows up. Lane Carson is nothing like his reserved, serious brother. And Daisy knows from experience that when you add massive flirt to good-looking, the result is heartbreak.

Meeting Daisy sidetracks Lane’s plans, especially when she turns out to be irritatingly immune to his charm. But after being caught with her in a devastating flood, Lane suddenly finds himself reevaluating his approach to everything. Daisy’s stubborn determination and unflappable kindness feed his burgeoning desire to be more than a reckless, selfish man, but the last thing Lane needs is to be deemed unworthy by yet another person in his world.

Daisy is discovering a depth to Lane she hadn’t expected, and with Daisy, Lane finds himself believing he could be a better man. But by the time he figures that out, it might be too late, because she’s determined never to play the fool again.

Can Lane and Daisy release the resentment they cling to from the disappointments of their pasts and step toward the possibility of being different—better—together?

'When I'm With You : A Big Prairie Romance' is tagged as:

Similar books to 'When I'm With You : A Big Prairie Romance'

More books like 'When I'm With You : A Big Prairie Romance'   ❯

All books by Jennifer Rodewald  ❯

Buy 'When I'm With You : A Big Prairie Romance' from the following stores: