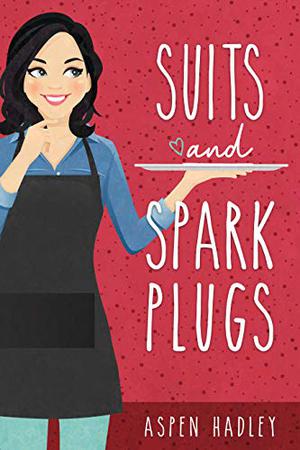 Liv Phelps is a woman on a mission: Get a degree, stay independent, and start a new life away from her small hometown. Love is nowhere on that list.

However, when dashing Blaine Harris enters the diner where Liv works, she’s flattered enough to give him a chance. Different from anyone she's ever known, he introduces her the world she's long dreamed about. Things are going surprisingly well, until he pushes her to get her beat-down car seen by the local mechanic.

Connor Hunt has been at the very top of Liv's 'do not disturb' list ever since she had a front row seat to watching him create his terrible reputation. A magician with cars, he can’t stand to see a machine suffer. So, he comes up with a plan to fix Liv's in spite of her inability to pay.

But will his solution cost more than she’s prepared to give?
more
Amazon Other stores
Bookmark  Rate:

'Suits and Spark Plugs' is tagged as:

Buy 'Suits and Spark Plugs' from the following stores: