A Rush of White Wings: An Irish Historical Love Story (Out of Ireland #2) 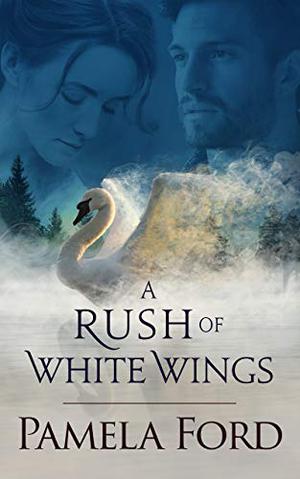 The best journey brings you home.
America, 1849. As famine rages in Ireland, Sean Deacey rescues an infant from an immigrant shipwreck and brings the orphaned babe to his sister Kathleen and her husband Jack. Elated to become parents, they raise the boy as their own – until Ailish Sullivan arrives two years later claiming to be the child’s aunt and demanding his return.

A legal battle ensues, and when the judge orders visitations to take place between Ailish and the child, Sean reluctantly agrees to accompany the two as chaperone. He befriends Ailish, determined to keep her from destroying his sister’s family.

But when friendship leads to understanding, he is torn between the conflicting desires of both families. And as his feelings grow for a woman he knows he should not want and can never have, he realizes that sometimes the only way to find your way home is to sacrifice everything.

Award-winning author Pamela Ford explores the bonds of family as she takes readers on an uplifting emotional journey through grief, sacrifice, and the power of forgiveness. With more than a half million copies of her books sold worldwide, she is known for creating stories that touch the heart.
more
Amazon Other stores
Bookmark  Rate:

'A Rush of White Wings: An Irish Historical Love Story' is tagged as:

The 'Out of Ireland' series

Similar books to 'A Rush of White Wings: An Irish Historical Love Story'

Buy 'A Rush of White Wings: An Irish Historical Love Story' from the following stores: