In The Blood (The Bloodbound #1) 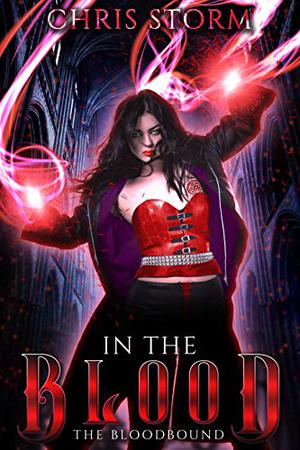 It began with being captured by Witch-Hunters, which wasn’t actually that big a deal, but when I come face-to-face and the infamous vampire mercenary known as “The Barbarian King,” Thrax Arigios, things took a rapid dive from bad to worse. He says he has a job for me. He says that he’ll release my family from some blood-debt we’ve apparently owed since the days they stood beside King Leonidas of Sparta in battle! I think he’s up to something, though.

The problem with ancient as dirt vampires? They never forget their debts…but come on! Shouldn’t there be a frigging statute of limitations on blood-debts? Seriously, anything from before the birth of Christ should just be considered wiped clean, right? I mean, wasn’t that His whole schtick?

Thrax says he needs a blood witch, that any blood witch will do and that I’m just convenient. I think he’s full of crap, he’s up to something. Vampires always have some twisted machinations going on and it’s going to be a major headache getting caught up in one of their schemes.

If he thinks I’m just going to go along with his mad scheme, well…he’s not completely wrong, because I do enjoy living, and going head-to-head with a Vampire King is dumb and suicidal, and my mitera didn’t raise a fool! But I swear by the goddess Hekate, if he screws me over, I’m going to screw him up!

In the Blood is the first in a brand-new series filled with ancient monsters who crave blood, sex, and violence in equal measure. It is intended for mature readers as it contains tons of cursing, a lot of violence, and a dominant Barbarian Vampire determined to tame a mouthy, cheeky, irreverent witch. If you like alphaholes, scorching hot sex, vampires that like it bloody, inhuman monsters that embrace their dark, twisted desires, and an author who has few filters—then this series is for you!

'In The Blood' is tagged as:

The 'The Bloodbound' series

Similar books to 'In The Blood'

Buy 'In The Blood' from the following stores: