Between Two Beaus (Keepers of the Light #9) 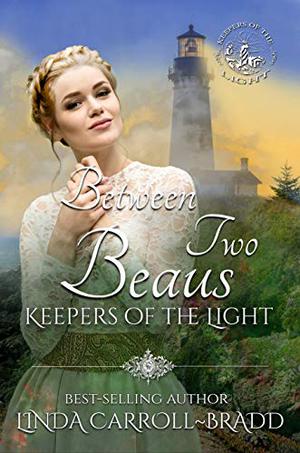 A visit to the coastal Oregon town where her brother is a lighthouse keeper opens Gala Pedersdotter to the wider world. So much so that she dreads returning to the family dairy farm in the eastern part of the state. She’d rather while away the summer on friendly outings in the company of two attentive loggers, Hal and Bork. Her secret wish is that roguish Hal will ask to court her.
Instead, she’s surprised by Bork’s fervent request to act as his pretend fiancée during his parents’ upcoming week-long visit. Of course she agrees to help out this quiet man with his dilemma. When her decision threatens the balance among the friends, Gala is torn between Hal, who has suddenly shown interest, and fulfilling her promise to Bork.
more
Amazon Other stores
Bookmark  Rate:

'Between Two Beaus' is tagged as:

The 'Keepers of the Light' series

Similar books to 'Between Two Beaus'

All books by Linda Carroll-Bradd  ❯

Buy 'Between Two Beaus' from the following stores: