Legal Tender (On the Clock #5) 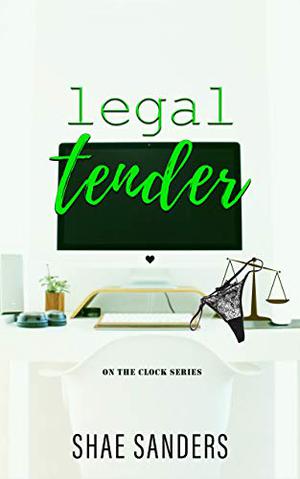 Nakima Bridges thought sending her twin sons off to college would be the start of a new, exciting life. She's forty, single, and ready to mingle. Except she's not mingling at all. She's always working, especially now. All anyone at Billingsley-Davis can talk about is the two employees who made a sex tape, and as an HR manager, she's been tasked with figuring out how to handle this powder keg. Unfortunately, that means working side-by-side with Cordell Warren.

He's twenty-four, fresh out of law school, and the newest attorney at Billingsley-Davis. It's his rookie status that gets him thrown onto this case but he's determined to spin it into gold and prove his worth by any means necessary. It's his drive for success that makes him cocky and overbearing, and those are traits that turn Nakima off initially. But the more time they spend working together, the more she gets to know him. Underneath the arrogant exterior is a nice young man. A handsome young man. A sexy young man.

A man young enough to be her son.

Torn by her growing attraction, Nakima faces a dilemma. Will she resist the pull of a taboo relationship or will she give in to desire?

'Legal Tender' is tagged as:

The 'On the Clock' series

All books by Shae Sanders  ❯