The Dead Will Speak (Forged in Blood #1) 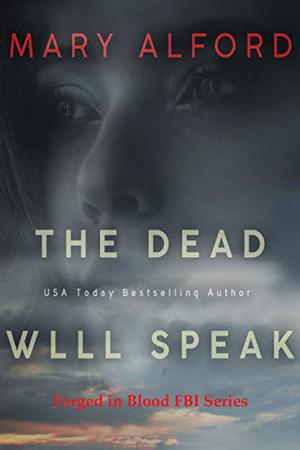 In the Chihuahuan Desert outside of El Paso, Texas a hunter stalks his prey. Looking for the one victim who got away.

Former FBI Agent Amanda Lolotea has finally come home. Back to the Apache community, she fled eight years earlier when her only family member, her older sister Michelle, was attacked and left for dead in the desert.

But Amanda isn’t the only one who’s come home. Soon, the desert will prove to be a prime hunting ground for a serial killer determined to reclaim his original obsession. Amanda.

For Agent Ryan Dakota, the remains of a woman recovered in a deserted area near Washington, D.C. has an all too familiar MO. It’s identical to the notorious closed serial killer case that he and his former partner, Amanda Lolotea, worked. The only problem is, the man the FBI believed to be the true Music Box killer died almost a year before his current victim was murdered.

When Ryan discovers yet another victim with the same MO murdered a few days earlier in the desert outside of El Paso, Ryan is convinced that not only is the real killer still alive, but he has been at his deadly game much longer than anyone suspected.

Ryan will need all the FBI’s resources, along with Amanda’s help, if he stands a chance at stopping the killer before he can stop her.
more
Amazon Other stores
Bookmark  Rate:

'The Dead Will Speak' is tagged as:

The 'Forged in Blood' series

Similar books to 'The Dead Will Speak'

All books by Mary Alford  ❯

Buy 'The Dead Will Speak' from the following stores: