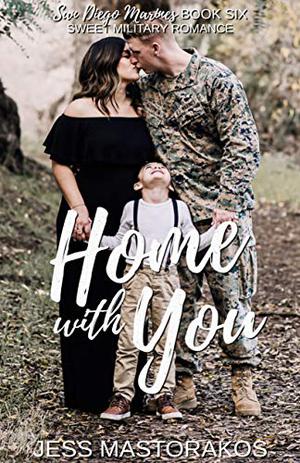 A widowed Marine, his eight-year-old son, and the spunky PE teacher who keeps striking out at love...

When Staff Sergeant Owen O’Malley gets orders to San Diego, the first thing he thinks about is how much his eight-year-old son, Finn, will love the beach. After losing his wife three years earlier, he knows they could both use a little sand between their toes.

Rachel Peters decides San Diego holds her fresh start after her roommates find love and move out. Leaving Texas behind, she plans to soak up the sun, coach Little League, and teach PE to the military kids on base. She does not plan to fall for the handsome, single dad of one of her favorite students.

Miramar is a small base, so when Owen and Rachel keep running into each other, they believe it’s only because of their shared proximity. Little do they know, there’s a four-foot-tall matchmaker pulling the strings. Will Finn accomplish his mission or will they balk at their chance for true love?
more
Amazon Other stores
Bookmark  Rate:

'Home with You: A Sweet, Single Dad, Military Romance' is tagged as:

Similar books to 'Home with You: A Sweet, Single Dad, Military Romance'

More books like 'Home with You: A Sweet, Single Dad, Military Romance'   ❯

All books by Jess Mastorakos  ❯

Buy 'Home with You: A Sweet, Single Dad, Military Romance' from the following stores: