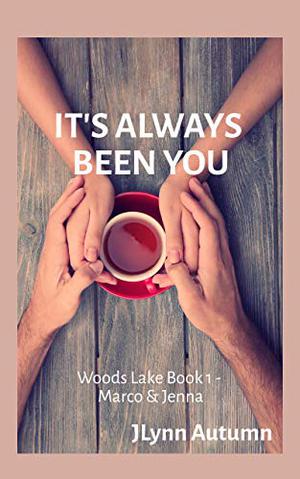 In book one of the Woods Lake series, we meet Marco and Jenna. Each book within the series can be read as a standalone novel, but you get the most from the series if you read it in order.

10 years ago Jenna's life changed forever when she watched her brother Ricky die in a race accident. No longer the outgoing party girl who spends her weekends racing the quarter mile strip, she spends her days battling anxiety and tries to just get by. The nightmares still come and the only person who has ever been able to save her from the nightmares in her dreams and the nightmares in her reality is Marco. When she was 12 and he was 16, he was her brother's best friend. When Ricky died four-years later, Marco become her protector. Now 14 years later, they have been debating the should we or shouldn't we and have to decide if their friendship can survive the relationship they both crave.

Marco has loved Jenna since he was 16 and she was 12. When Ricky died, his mom had Jenna move into their house because she had nowhere else safe to be. Marco held her every night when the nightmares came for the next year. The friendship has always felt like it was destined to be more than just a friendship, but the timing was never right. Can their 14 year friendship survive the relationship trial he asks her for? Will this week long trial be what they need to finally make things work or will they lose each other in the process?

“I’m scared. Okay! I’m so scared. I’m scared that I won’t live up to the expectation that you have built up in your mind or that I won’t be what you want after a while. Mostly I’m scared that if this blows up, then I lose you and I don’t think I can survive losing you. Nothing good ever lasts in my life. I can’t lose you. I won’t survive it.”

“Babe, you’re not going to lose me. You and me, we are forever. I made that decision the first night I held you through the nightmares. I’m good and I’ve lasted fourteen years. I’ve loved you for all of those fourteen years. I loved you when I shouldn’t have loved you. I loved you through the good times and the bad time. . . . I held you every night while you slept for almost a year after Ricky died. What else do you need from me to show you that I’m not going anywhere? I’ll give it to you right now. I have no expectations built up in my mind. I don’t want anything from you except you. . . . I want you to let me love you the way you deserve to be loved every day. Those are my expectations. Yesterday you told me you were in. Completely in. Now that you know all my expectations, are you still in?” His hands were on each side of my hips. He hadn’t broken eye contact since he started talking. I leaned in and kissed him. I spread my knees apart and wrapped them around his waist drawing him into me. “I’ll take that as a yes,” he said when he pulled away.

“We’ve talked about what happens if I decide I don’t want this to continue after the week. We go back to what we were before and file it away as now we know if we should or shouldn’t. We haven’t talked about what happens if I decide I’m in and you decide that this isn’t working for you the way you thought it would and you want things back to how they were.”

“Not going to happen, that’s why we haven’t talked about it. There’s nothing to talk about. It’s always been you. I couldn’t act on it because you were too young and by the time you were legal, you lived across the hall from me.”

He softly spoke into my ear. “You’ll never lose me. Let’s just see what happens this weekend and next week and go from there. Pretend to be my girlfriend and get an idea of what it would be like to be my girlfriend and then you can decide. If you decide it won’t work or you don’t want to, you’ll still have me, and we will both have the answer to the question of ‘should we or shouldn’t we’ so we can move on.”
more
Amazon Other stores
Bookmark  Rate:

Similar books to 'It's Always Been You: Woods Lake #1 - Marco & Jenna'

Buy 'It's Always Been You: Woods Lake #1 - Marco & Jenna' from the following stores: