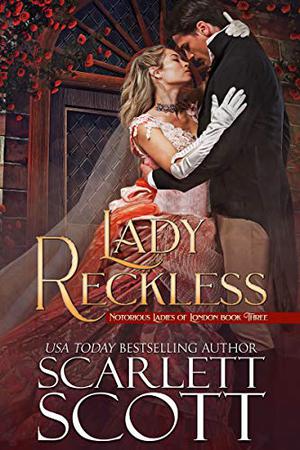 Lady Helena Davenport is desperate to avoid the odious betrothal her father is forcing upon her. The only way out is to orchestrate her own ruination. Everything is unfolding according to plan, her escape finally within her grasp. But there is just one problem when the moment of scandal arrives: the rake she selected for an assignation is nowhere to be found. In his place? The man she secretly loves.

Gabriel, the notoriously proper Earl of Huntingdon, is outraged when he discovers his best friend’s innocent sister, Lady Helena, has decided to give herself to a scoundrel. His impeccable sense of honor will not allow such a travesty to occur. When Gabe confronts her, the last thing he expects is to find himself tempted to commit wickedness.

Fortunately, Gabe is strong enough to resist. After all, he already has a betrothed of his own. However, he is now tasked with the unhappy duty of following about Lady Helena to keep her from committing further folly. And the more time he spends with the infuriating minx, the more impossible it is to resist her.

Helena is running out of time to save herself from an unhappy marriage. With the Earl of Huntingdon haunting her every move to keep her from ruining herself, her hope is dwindling. Until she settles upon the one certain means of securing her freedom, even if it means she risks making Huntingdon hate her forever…
more
Amazon Other stores
Bookmark  Rate:

'Lady Reckless' is tagged as:

The 'Notorious Ladies of London' series

All books by Scarlett Scott  ❯