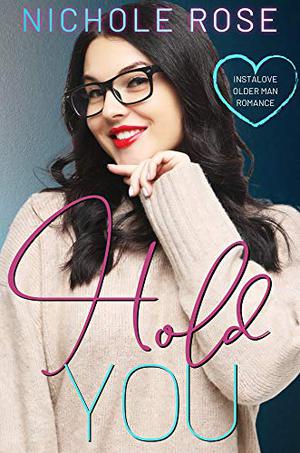 This giant Russian will fall like a ton of bricks when he meets his curvy angel.

Knox
Lauren York is the cutest little angel I've ever met.
Her sweetness is like nothing I've ever known.
And her innocence drives me crazy.
I know nothing of caring for such a girl.
I probably shouldn't have kissed her five minutes after I met her.
I definitely should not be chasing her all over the office.
But that won't stop me.
This little angel is mine. And I'm not giving up until she agrees.

Lauren
Knox Mikhail is a giant Russian bully.
He's also hotter than Hades, bossy, and growly.
I didn't mean to kiss him five minutes after I met him.
Or kick him in the shin right after that.
Now he says I belong to him.
Why does that sound so good?!
Oh, man. I'm in so much trouble here.

Warning
When this older Russian meets his curvy younger woman, he falls head over heels. If office romance, over-the-top Russians, and sassy heroines make you happy, get ready to fall for Knox and Lauren in this laugh-out-loud romantic comedy. This sweet, steamy romance from Nichole Rose is chock full of all three…plus a sticky sweet and guaranteed HEA.
more
Amazon Other stores
Bookmark  Rate:

'Hold You: An Older Man/Younger Curvy Girl Romantic Comedy (Love on the Clock)' is tagged as:

The 'Love on the Clock' series

Similar books to 'Hold You: An Older Man/Younger Curvy Girl Romantic Comedy (Love on the Clock)'

Buy 'Hold You: An Older Man/Younger Curvy Girl Romantic Comedy (Love on the Clock)' from the following stores: