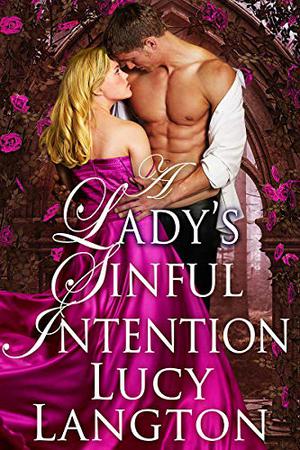 Lydia Seymour has had her eyes on the beguiling Duke, Percy Wentworth, since she was just a child, and grew up fascinating about him as if he was an alluring romance hero. Years later, during a fateful night at a ball, the tempting Lydia is finally given the chance to speak with the man of her dreams. Sparks immediately fly between them and Lydia's heart soars. However, right when their temper flares, Percy disappears without any excuse. Lydia is left feeling jilted and tricked and those green eyes are haunting her dreams for days. Vulnerable and broken-hearted, she tries to fool her feelings by finding comfort in the attention of another Duke that has been pursuing her, Edmund Russel. Knowing however that he will never make her heart sing like Percy does, will she find the courage to go after the flaming passion she truly dreams of?

Meanwhile, Percy Wentworth, the ravishing Duke of Wexley, has spent much of his life trying to live up to society's expectations and chasing after his rebellious little sister, Georgiana. When he meets Lydia, the dashing daughter of the local doctor, the connection between them is undeniable, but it lasts for just a glimpse of an eye. Percy has no time to waste on his love life when there are far more pressing family matters burdening his shoulders. However, it's simply impossible to forget about their mesmerising encounter that instantly captivated him both physically and mentally. Despite knowing it's better to keep her at distance, he soon finds himself yielding to her skillfully erotic seduction and only one question remains... Can he resist surrendering his heart to the most dazzling woman he has ever known?

Percy and Lydia seem to just keep running into each other, and the mystery around Percy's sudden disappearance needs to remain hidden... as does their overwhelming passion for each other. Now Lydia has to choose between two men and a decision has never been more difficult... Will she choose the man who dares to be with her publicly, or the man that her heart and body truly belong to? Lydia isn't the only one facing a dilemma, as Percy is also fighting his own internal battles... After everything, will this childhood friendship stand a chance of turning into a sizzling affair or will it go down in flames?

"A Lady's Sinful Intention" is a Regency romance full of passion, forbidden love and adventure. If you like powerful heroines and mysterious lovers, then you'll adore Lucy Langton's Regency tale.

"A Lady's Sinful Intention" is a historical romance novel of approximately 50,000 words. No cheating, no cliffhangers, and a guaranteed happily ever after.
more
Amazon Other stores
Bookmark  Rate:

'A Lady's Sinful Intention: A Historical Regency Romance Book' is tagged as: