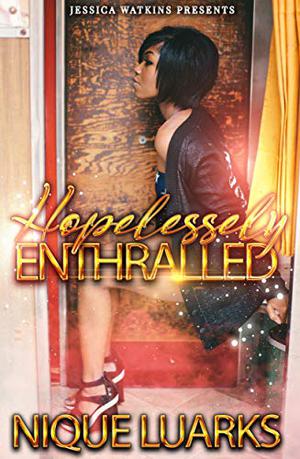 For Skyy, the struggle is normality . Constant misfortune seemingly strikes like lightning. Leaving a downpour of insecurities and inadequacies. Despite the bitter odds stacked against her, Skyy finds solace in an unconventional approach to life. Feelings void, emotions on freeze; there’s only one man relentless enough to defrost her icy heart.
​Que has never been moved by love nor lust. For him, loyalty is law. Commitment a foreign concept. His focus stays on the paper trail, unwilling to be led astray. The only underlying issue with that notion is the strong magnetic pull one woman has on him. Unfortunately, Que’s inconsiderate and inconsistent behavior pushes her away.
​
Two hurt people, with one common desire... To be understood. Already a match made in heaven. Just too blinded by pride to see the signs.
more
Amazon Other stores
Bookmark  Rate:

'Hopelessly Enthralled' is tagged as: