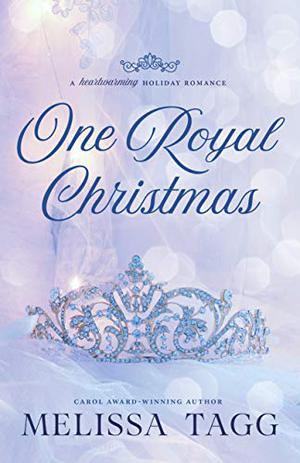 From the author of the award-winning ENCHANTED Christmas Collection, a royal romance filled with small-town holiday charm!
His Majesty Jonah Harrison Archer Davies VI has just endured the worst year of his life . . . and he's convinced he's no longer fit to rule Concordia. Not now . . . but maybe someday. Taking advantage of an obscure law that allows him to temporarily abdicate his throne, he transfers short-term power to his younger brother and retreats to Tinsel, Vermont. Perhaps in this tucked-away town, with its enchanting Christmas decorations and unusual media ban, Jonah will discover the peace and privacy he needs to heal, find his vision for his country . . . and somehow believe himself worthy of the crown.

Eight years ago, Rowan Bell dropped out of college and sacrificed her dream of traveling the world to keep a promise to her dying grandmother--to care for Tinsel's charming library. But the antiquated Cape Cod cottage that has housed the library for decades is falling apart around her, and Tinsel's city leaders have arranged to relocate the library. Desperate to keep her grandmother's legacy alive--and hopefully hush the longings of her restless heart in the process--Rowan hatches a plan to preserve the historic house. Help comes in the most unexpected form when a handsome bookworm--a king!--appears in Rowan's life.

Drawn together under Tinsel's Christmastime spell, Rowan and Jonah work to secure the library's future, even as they grapple with all the uncertainty in their own futures. But when a national crisis calls Jonah home, it's not only his claim to the throne that's in danger, but their two hearts which had only begun to hope again.

One Royal Christmas originally appeared in the 2019 novella collection Royally Yours. This is a standalone novella filled with romance, royalty and small-town charm.
more
Amazon Other stores
Bookmark  Rate:

'One Royal Christmas: A Heartwarming Holiday Romance' is tagged as:

Similar books to 'One Royal Christmas: A Heartwarming Holiday Romance'

All books by Melissa Tagg  ❯

Buy 'One Royal Christmas: A Heartwarming Holiday Romance' from the following stores: