A Wild Thirst for Revenge: A Historical Western Adventure Book 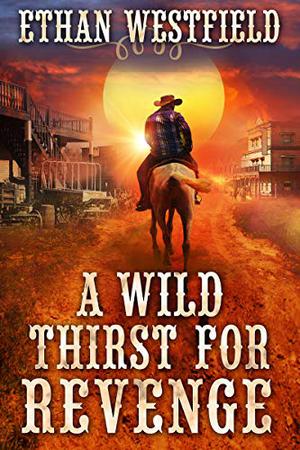 Nate Keegan spent ten years of his life locked up in a prison cell, convicted of a crime he never committed. Being totally isolated, behind bars, he discovers the treatment for a deadly disease, which will make him amass a great fortune. When he is finally released from jail, he vows to track the evil criminals who framed him. Desperate to seek vengeance, it will take all of his skills to unravel the enigma of the terrible betrayal. But little does he know that his enemies were right before his eyes all along... What is he willing to risk in order to take the revenge he's dreamt of for years?

While trying to turn a new page in life, Nate will buy a pharmacy in his hometown where a bright, young employee, Jackie, will steal his heart. Although they get off to a rough start , Nate soon finds in her a willing partner to investigate and dig out the truth behind this terrible downfall. Will they manage to finally solve the demanding riddle and fight injustice, despite the endless challenges they encounter?

Even though Nate and Jackie meet under the worst variety of circumstances, their lifetime adventure will bring them closer. As long as the enemies are still out there though, they cannot truly find the happiness they deserve. Will their nightmare be over, or will they both be doomed to a dreadful future, feeling trapped in a prison of their own making?

An action-packed story, featuring complex and fascinating characters, and twists and turns that will take your breath away. A must-read for fans of Western action and romance.

"A Wild Thirst for Revenge" is a historical adventure novel of approximately 60,000 words. No cliffhangers, only pure unadulterated action.
more
Amazon Other stores
Bookmark  Rate:

'A Wild Thirst for Revenge: A Historical Western Adventure Book' is tagged as:

Similar books to 'A Wild Thirst for Revenge: A Historical Western Adventure Book'

Buy 'A Wild Thirst for Revenge: A Historical Western Adventure Book' from the following stores: