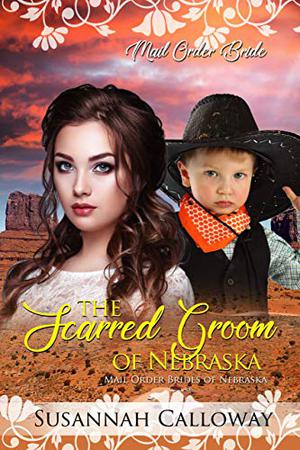 FREE Download on Kindle Unlimited!
Home again at Planter’s Point, Marcus Tait is a wounded man. He’s long since recovered from the horrific mine accident, but his recovery from the woman who deserted him is far from over. Buried in his work on his cousin’s ranch, he fears he’s destined to become a lonely, bitter old man, one who will never love again.

Six months a widow, Jessica Archer finds every day a struggle. It isn’t just the loneliness and grief – it’s trying to raise her five-year-old son in her husband’s childhood home, with her cold, overbearing in-laws blaming her for Seth’s death. When she discovers they plan to have her declared an unfit mother and take her son away, she flees.

At her sister’s ranch in Planter’s Point, Nebraska, Jessica is more at peace than she has been in a long time. Surrounded by family, she starts to piece her life back together, and begins to wonder whether she might even find true happiness again – with Marcus. But both of them carry secrets that threaten to keep them from finding love.

If you enjoyed the best-selling book, The Doctor’s Widow, you’ll love this new romance!
more
Amazon Other stores
Bookmark  Rate:

'The Scarred Groom of Nebraska: Mail Order Brides of Nebraska' is tagged as:

Similar books to 'The Scarred Groom of Nebraska: Mail Order Brides of Nebraska'

Buy 'The Scarred Groom of Nebraska: Mail Order Brides of Nebraska' from the following stores: