Her Blazing Fire (Her Alpha Hero #1) 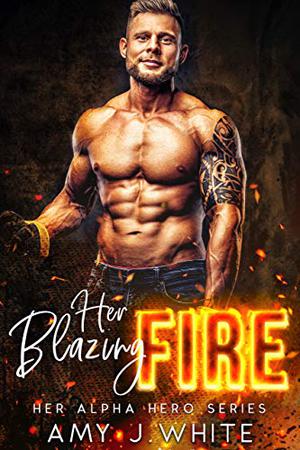 When Tammy Lewis' boyfriend dumps her for a job opportunity, Tammy Lewis has to rebuild her life away from the busy world of Chicago. Her only option is the small, quiet town of Greenwood, Texas. The new teacher for the itty bitty elementary school expects nothing interesting to ever happen; right up until her classroom goes up in flames. When the culprit is most likely a student, Tammy puts her head together with hot fire fighter and rescuer, Justin Matthews. When she gives into the heat of him, Tammy lays down the law 'this is all for fun, no feelings attached'; will she be able to keep to her own rules? Then when one fire turns into three, will she survive long enough to tell him what she thinks?

Justin Matthews gave up the fast life voluntarily. He had enough of LA and the drama and all he really wants is to settle down and lay some honest roots. When he sees the new school teacher rescuing a bunch of kids from a fire without any training or gear he decides that she is the kind of woman that he wants to lay down those roots with. When she puts up a wall, he figures that he's got the gear to knock it down; provided he can keep her alive while everything is going up in flames around them.

Sweet & Steamy Romance. This story can be read as a standalone. NO cliffhangers.
more
Amazon Other stores
Bookmark  Rate:

'Her Blazing Fire' is tagged as:

The 'Her Alpha Hero' series

Similar books to 'Her Blazing Fire'

Buy 'Her Blazing Fire' from the following stores: