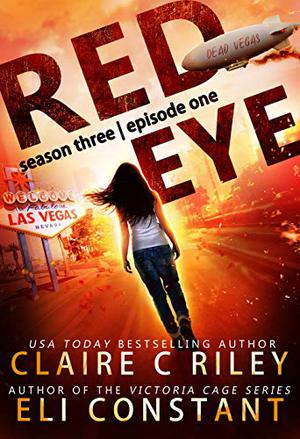 So close… yet so far away.

** Rose’s situation under Nathan’s control worsens, while a brittle Sam suspects Barrett is keeping something from her... **

A new location brings new terror as Rose and Sam find themselves at the mercy of Barrett’s crew, the Sins.

Now separated from both Sam and Nolan, Rose is a caged animal, terrified but determined to find the people she cares about the most. But how much can one person take?

More than ever, Rose would give anything to be sat in a boring office back in England right now.

Sam’s secret is never safe; that’s a reality she’s learning to live with. Barrett has protected her up until now, yet surrounded by his so-called family, she wonders how long it will be before he turns on her…

Sam longs for the days when her biggest problems were a failed relationship, too many carbs, and a sprained ankle.

Life has never been easy, not before the zombies and certainly not after. But even with the dead rising, it is the living that cause the most problems. It’s the humans that elicit the most fear, that make the apocalypse bloodier, that kill anyone necessary to survive.

Between humans, zombies, and the desire for brains,
the world’s getting darker by the hour.
And the two unlikely friends
need one another more than ever.
That doomed red-eye flight seems a lifetime ago…
*

THE SERIES SO FAR: