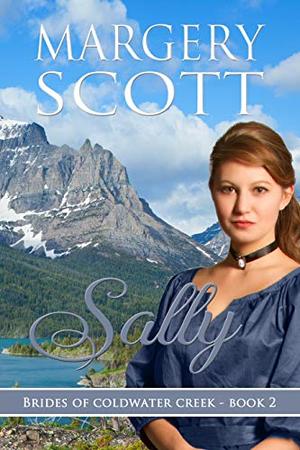 Evan Hunter always planned to marry and raise a family on his Montana ranch, that is, until his father was diagnosed with epilepsy. He knows he might develop the same condition, and that he could pass it on to his children, and he won’t risk that, so he gives up his dreams of a wife and family.

Sally Mason has always wanted a home of her own and a houseful of children. But after leaving the orphanage where she and her best friend, Josie, grew up, she finds herself in the worst situation she could have ever imagined—a brothel near the Chicago waterfront where every day, her life is in the hands of both the brothel owner and his customers.

When Sally receives a letter from Josie explaining Evan’s situation and asking her to come to Coldwater Creek as a mail-order bride to marry him, she escapes the brothel, realizing this is her only chance for a better life.

As Evan and Sally get to know each other, their feelings grow, and Evan begins to wonder if giving Sally the children she wants to badly is worth the risk. But when her past catches up to her, it threatens to destroy any chance of a future together.
more
Amazon Other stores
Bookmark  Rate:

'Sally' is tagged as:

The 'Brides of Coldwater Creek' series

All books by Margery Scott  ❯

Buy 'Sally' from the following stores: