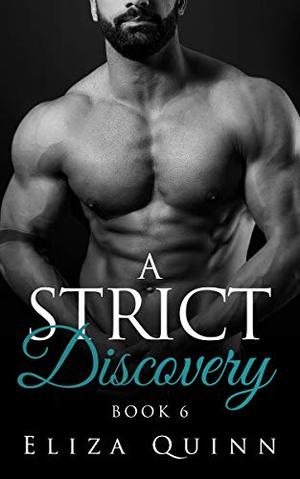 One evening to explore overwhelming attraction and chemistry with a near stranger? What’s Bree to do?

They started off on the wrong foot. Bree thought the guy watching her at a pub was a creep she needed to avoid. After all, she was simply reading a novel and passing time. So when the stranger invited himself to sit with her and began to ask questions, she decided it was time to go.

The man—Matt as he’d introduced himself—found her again as he returned the book she’d left on the table in her haste to escape him.

Turns out she was reading his book. Matt could write words that melted her heart, but his touch made her sizzle. Could she trust the handsome stranger? And would her innocence work against her? What was the harm in meeting him in a private room at the Trove Art Studio?
more
Amazon Other stores
Bookmark  Rate:

'A Strict Discovery' is tagged as:

Similar books to 'A Strict Discovery'

Buy 'A Strict Discovery' from the following stores: