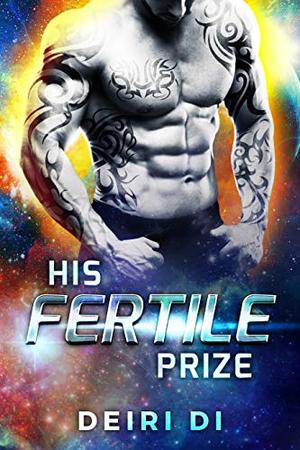 She is the prize.
To win her?
They have to breed her.
Prince Fero won’t let anyone else touch her.

As a small-town girl, all Olivia wants is a happy life, a comfy couch, and binge-watching reality TV shows. Unfortunately for her, she gets to be in one. Abducted by aliens, she is forced to take part in a brutal reality survival show on an alien planet, only she isn’t one of the contestants.

The moment Prince Fero sets eyes on her, he knows. She is the one he has waited for his entire life. Yet she doesn’t even know who he is. His heart knows her. No matter how many warriors he must fight, no matter what he has to do, he will protect her, he will claim her as his own.

What if she doesn't want to be claimed?

'His Fertile Prize: A Breeding Alien Romance' is tagged as:

Similar books to 'His Fertile Prize: A Breeding Alien Romance'

All books by Deiri Di  ❯

Buy 'His Fertile Prize: A Breeding Alien Romance' from the following stores: