Pledge of Allegiance (The Finish Line #1) 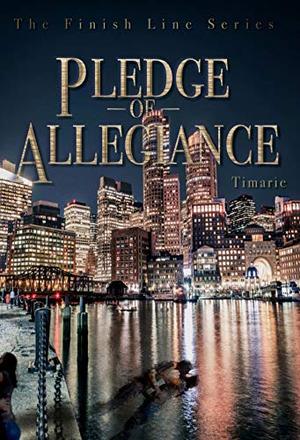 April 15, 2013, Patriots Day. The city of Boston, and all of the nation, was rocked by a terrorist attack at the historical Boston Marathon finish line. Among the lives affected by the tragedy are Michael Farino and Ireland Murphy. Neither could have predicted that the act of saving Ireland’s life would lead Michael on a journey of self-discovery, while a decades old war between their rival Boston crime families threatens their happiness and lives.

While pursuing their seemingly forbidden love, they realize a profound shared secret connection between the two that began before their births. Michael and Ireland will have to either pledge their allegiances to either their families, or each other.

Intense passion, secrets, betrayal, a complicated past and a life altering love affair are working against Michael and Ireland.

The finish line is just their beginning….
more
Amazon Other stores
Bookmark  Rate:

The 'The Finish Line' series

Similar books to 'Pledge of Allegiance'

All books by Timarie  ❯

Buy 'Pledge of Allegiance' from the following stores: