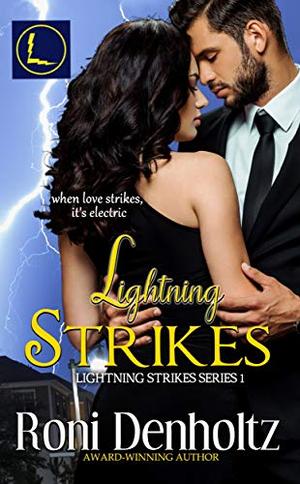 After being struck by lightning, Sabrina Holt has the ability to astral project. But lately, she’s been projecting when she doesn’t want to. Desperate for help in controlling her ability, she turns to the staff of The Lightning Center. The Lightning Center is a research facility where people who’ve been struck by lightning and developed paranormal talents are studied and counseled.


Parker Costigan, doctor and founder of The Lightning Center, wants to help Sabrina. He has his own ability—mental telepathy. But the cruel actions of a former girlfriend have him guarding his secret.


Sabrina is called on to help others, and Parker assists. As the two work together to find lost people and to help Sabrina control her projections, they develop feelings for each other. Feelings which grow stronger each day.


Can they help each other to overcome their individual problems and deepen their relationship? Or will their abilities keep them apart?
more
Amazon Other stores
Bookmark  Rate:

'Lightning Strikes' is tagged as: