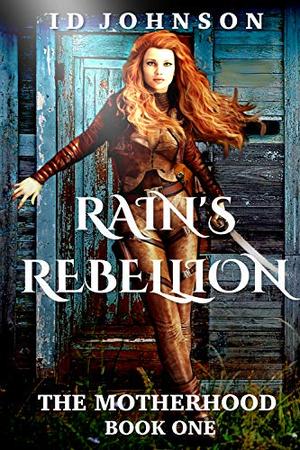 In the future, men are forced to bend to the will of women in order to pay for their crimes of the past.

Can one short conversation with a man change Rain's world forever?

After the Third World War, women seized the opportunity to overcome the surviving men, creating a new nation in part of what used to be the United States ruled by the Motherhood. From that day forward, all women are raised never to question the new order of things where women have all the power and men are used and discarded like animals.

Rain knows in the back of her mind that this way is wrong, but she’s been indoctrinated to believe questioning the Mothers is unheard of. All of that changes one afternoon when she’s fulfilling her duties in the Insemination Ward and speaks to one of the men face-to-face for the first time. Their conversation is brief, but Rain’s life will be changed forever.

Now that Rain is aware that the Motherhood isn’t all it appears to be, she’s drawn into a circle of women who want change and are willing to sacrifice everything to overthrow the Motherhood, free the men, and create a world where everyone is appreciated and valued, regardless of gender.

The road ahead is full of danger, and with every step, new questions and possibilities are presented to Rain. Will she join the rebellion and work to set men free—or will she continue to be a part of the all-powerful Motherhood?

Rain’s Rebellion is book one in a new thrilling dystopian romance series.

'Rain's Rebellion' is tagged as:

The 'The Motherhood' series