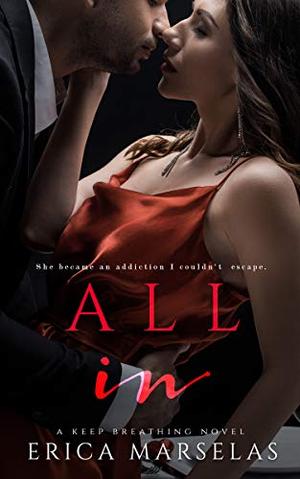 Burying my demons in one night stands and my work as the CEO of Morgan Securities.

My routine worked for me until I met her—a temptation dressed in red.

I walked away at first, but as luck would have it, she was hired as my company’s interior designer.

Soon she became an addiction I couldn’t escape.

What I didn’t know is she had a secret that would change everything.

One that turned into everything I ever wanted.

But sometimes when life hands you lemons, they go sour.

No matter how hard I try to fight it, my old demons would come back to haunt me in the most unexpected ways.

Holly and my son are my salvation, and I want nothing more than to be all in with them.

Similar books to 'All In'

Buy 'All In' from the following stores: