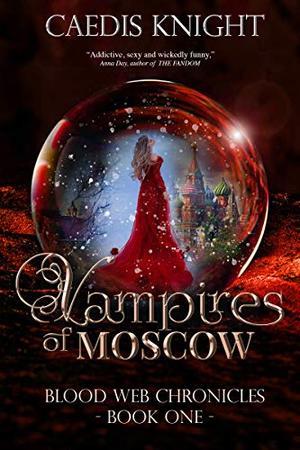 Saskia de la Cruz is a Verity Witch - her only magic being that she can tell the truth from a lie.

As an investigative reporter for The Blood Web Chronicle, the biggest news outlet on the paranormal dark Blood Web, Saskia spends her days cracking twisted para cases hoping that someday, some case, will bring her closer to finding her missing sister.

In snowy Moscow drained corpses of illegal workers have begun to turn up, with hundreds more reported missing. When Saskia is sent on assignment to investigate an oligarch Vampire crime ring that might be behind the deaths, she plans to get in out of the city’s frozen grasp quickly...preferably with her neck intact.

But beautiful ballet dancer Konstantin Volkov and his wildcard brother Lukka complicate things. The vampire brothers have their own reasons for solving the string of murders, reasons that conflict with Saskia’s mission. Soon, Saskia finds herself enmeshed in the city’s glittering web of crime, passion, and violence, where truths and lies are one and the same.

With vibrant characters, page-turning suspense and steamy romance, this new series has been dubbed by early readers as “a fun crime-solving sexual adventure across Europe.”

'Vampires of Moscow' is tagged as:

Similar books to 'Vampires of Moscow'

All books by Caedis Knight  ❯

Buy 'Vampires of Moscow' from the following stores: