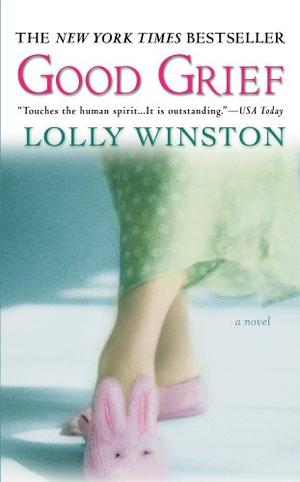 The brilliantly funny and heartwarming New York Times bestseller about a young woman who stumbles, then fights to build a new life after the death of her husband. 36-year-old Sophie Stanton loses her young husband to cancer. In an age where women are expected to be high-achievers, Sophie desperately wants to be a good widow?a graceful, composed Jackie Kennedy kind of widow. Alas, Sophie is more of a Jack Daniels kind. Downing cartons of ice-cream for breakfast, breaking down in the produce section of supermarkets, showing up to work in her bathrobe and bunny slippers?soon she?s not only lost her husband, but her job and her waistline as well. In a desperate attempt to reinvent her life, Sophie moves to Ashland, Oregon. But instead of the way it?s depicted in the movies, with a rugged Sam Shepherd kind of guy finding her, Sophie finds herself in the middle of Lucy-and-Ethel madcap adventures with a darkly comic edge. Still, Sophie proves that with enough humor and chutzpah, it is possible to have life after loss.
more
Amazon Other stores
Bookmark  Rate:

'Good Grief: A Novel' is tagged as:

Buy 'Good Grief: A Novel' from the following stores: