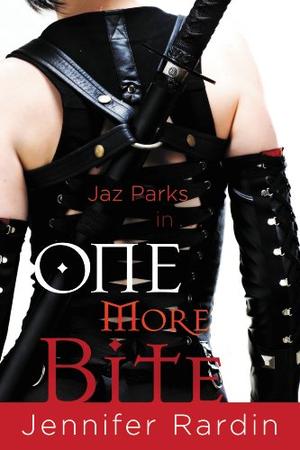 It's Jaz Parks. I've already smoked the guy who was the pain in the CIA's you-know-what for the past few years. But now, in the power vacuum left by the death of Edward "The Raptor" Samos, a struggle for supremacy has begun between his former allies.

The CIA feels the balance must be maintained. So when an agent planted among the Weres discovers a plot to assassinate the Coven's leader, my vampire boss and I are brought in to take out the woman hired to do the deed, a killer who might be as wily and Gifted as ourselves.

So it's off to the Scottish Highlands for some twisted fun among murderers, demons and half-crazed relatives. Sometimes being a top-secret CIA assassin isn't all it's cracked up to be.
more
Bookmark Rate Book
Amazon Other stores

Similar books to 'One More Bite'

All books by Jennifer Rardin  ❯

Buy 'One More Bite' from the following stores: