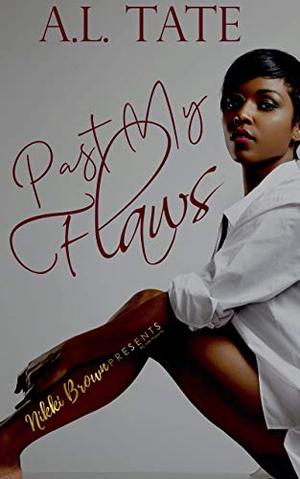 Abused and broken not only physically but mentally as a child by the one person who should have protected her and then abandoned by her father. Her traumatic childhood leaves Passion Blanchard dealing with the effects long after she becomes an adult. Where everyone else sees beauty, Passion sees nothing but scars and ugliness. She thought she would be saved when she met her ex, but after another betrayal, she disappears into the night hoping to leave the past where it is, the past.
Levelle, known as Deuce is a wide receiver the Atlanta Falcons. He is used to having women at his beck and call. Levelle is smitten when he meets Passion at an after party and realizes she’s the one he’d been talking to online for almost two years. The love that he had for Passion is solidified, but even as sure as he is of Passion, their relationship falters after a secret comes out causing him to overreact, shattering Passion’s newfound confidence.

Abused by his mom during his childhood, Cashmere ‘Cash’ Lewis, takes his little brother and runs to his best friend’s house, who took them in without a moment’s hesitation. Cashmere has trust issues especially with females, but with Passion he finds himself giving into his feelings and releasing that which he guarded the most, his heart.

In the end, will Passion be able to overcome her broken spirit and find that love that defines herself? Or will she be destined to succumb to her flaws that were forced upon without her consent?
more
Amazon Other stores
Bookmark  Rate:

'Past My Flaws' is tagged as:

Similar books to 'Past My Flaws'

Buy 'Past My Flaws' from the following stores: